Flower essences or flower remedies are a unique and subtle form of vibrational medicine that has become increasingly popular over the last sixty to seventy years. Plants contain a wide variety of chemicals and medicinal properties in unique combinations that have healing effects as well as subtle-energetic effects upon the human body.

Flower essences remain one of the most powerful, yet most under-appreciated forms of vibrational medicine in the healer´s armamentarium.

The development of flower essences as a healing modality is often credited to an English physician by the name of Dr. Edward Bach, who lived in the early 1900s (1886-1936). Bach was actually bacterologist. His field of study today would be comparable to that of an infectious-disease specialist. He studied diseases that were linked to infectious caused by specific type of bacteria. Bach had worked for years trying to find treatments for patients that were less toxic than the therapies of his day had to offer. During his search, he came across the idea of giving liquid tinctures prepared from flowers. Bach was a radical for his time because he strongly felt that the mind and the emotions played a substantial role in most illnesses.

As he started treating patients with the essences of these flowers, he realized that what he had to look for and treat were the symptoms of the heart and the mind. When he treated those, the patient got better. What Edward Bach left behind spread throughout the world and more and more people who were turning away from conventional medication and looking for more holistic alternative remedies came, tried and were amazed.

Bach had 38 flower remedies (one was misnamed as it was spring water found deep under rocks) in his repertoire and there was one – the 39th – that was made up of a combination of five of these essences. His firm belief that what people think and feel have a strong effect on their bodies is borne out today by many doctors who practise conventional medicine too. He was influenced to a great extent by the father of homeopathy, Dr. Samuel Hahnemann and he tried to group patients into types and treat them. He started with two flower essences, added one at the end of that year and very soon had built up what he felt was the whole range necessary to take care of all people’s ailments of the mind. Bach firmly believed that man was made to exist in harmony with nature and free of all illness. It was because mentally, emotionally and spiritually man had turned away from his higher self and embraced the baser things that he was prone to illness. However, Nature, as understanding as ever, had just the flowers to raise him up to his level of perfection – if only he tried them. Each flower essence is for a particular feeling or frame of mind.

What exactly is this flower power?

Bach believed that it was the vibrational imprint that each flower had and left behind in the water when the sun’s rays passed through. Each flower had a different vibration and when a patient with a particular ailment took it, his vibration would change for the better. These flowers have within them the power to raise a man’s energy levels and to change his mental make up to a more positive one. When this happens, the effects are seen within the body. This was essentially what Bach’s book ‘Heal Thyself’ was about. The wonderful thing was that even if one were to take the wrong flower remedy, while it would not have a positive effect on the mind, there would be no negative or side effects which is what makes these remedies so safe.

“…the thirty-eight herbs heal gently and surely, and as there are no poisonous plants amongst them there is no fear of ill effects from overdoses or incorrect prescriptions.” – Nora Weeks,The Medical Discoveries of Edward Bach, Physician

Dosages Bach flower remedy dosages, like biochemic remedies, are not harmful, never mind how many doses you take in a day. However, taking the regular prescribed dose does work better unless it is an emergency when many more doses at shorter intervals can be given. These remedies can be taken by infants, children, adults, pets and even sprayed on plants. The usual dose The dosage for most ailments is two drops from the bottle the remedy comes in, four times a day. You should try and see that you don’t eat or drink anything for fifteen minutes before and after the dose if you want the remedy to act well. These are gentle healing remedies and strong flavors and tastes can minimize their effects. The first dose should be on an empty stomach in the morning, followed by doses at noon, evening and night at bedtime. The easiest way to have it is to put two drops into your mouth using the dropper. Do take care not to let the dropper touch your mouth. In most cases, the remedy will have to continue for three to four weeks. You will most probably feel better after the first few doses with the right remedy but you must continue and give it a chance to work well in your body.

Emergency dosage When it is a serious case, you can administer two drops from the dropper bottle every fifteen minutes if necessary till the person looks better after which you can get back to four doses a day. In absolute emergencies, you can increase each dose to four drops. Infants’ and young children’s dosage One drop four times a day is the usual dose unless it is an emergency. Children usually respond very quickly to Bach remedies and sometimes one dose is all it takes to make them all right. 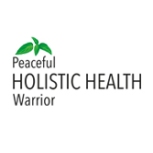 You find me on Instagram @peacefulhealthwarrior, focused more on food.